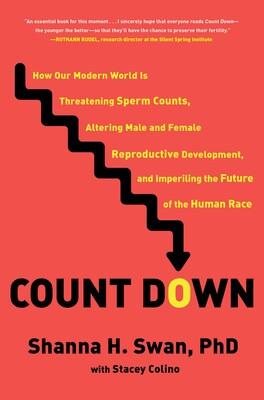 In a new book, epidemiologist Shanna Swan looks at the impact of environmental chemicals on human sexuality and reproductive systems.

SHANNA SWAN IS the senior author of a 2017 study that documented a dramatic drop in sperm counts in Western countries over the past half-century. That meta-analysis of 185 studies involving 42,935 men found that total sperm count fell 59 percent between 1973 and 2011. Swan, a reproductive epidemiologist, pointed to the role of environmental chemicals in that trend. Now she has written “Count Down: How Our Modern World Is Threatening Sperm Counts, Altering Male and Female Reproductive Development, and Imperiling the Future of the Human Race,” a book that ties industrial chemicals in everyday products to a wide range of changes taking place in recent years, including increasing numbers of babies born with smaller penises; higher rates of erectile dysfunction; declining fertility; eroding sex differences in some animal species; and potentially even behaviors that are thought of as gender-typical.